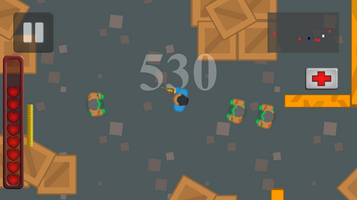 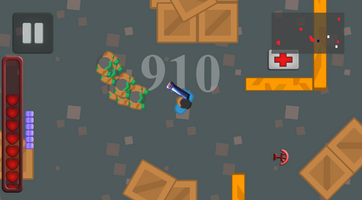 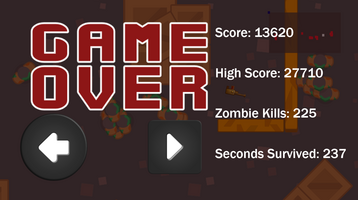 Hi again, not much time to type this out.

Since my release on newgrounds, the reviews were overwhelmingly asking for new features-

3.Making the game "harder" and not lag to death.

The original 1 gun with powerups was scrapped. Powerups are now gone, and replaced with 1 default weapon and 4 unique other weapons.

There is now a working minimap which shows the location of the player, collectables and all zombies.

And to make the game less prone to lagging to death, there is now a hard cap on zombie spawn limits, this is subject to change, however all zombies get faster and more aggressive over time, making the game harder as you survive longer.

All in all that's most of the update.

One Too Many Zombies 1001 HTML5.zip Play in browser

One Too Many Zombies

UPDATE 1.001 Released! Destroy as many of the undead as you can, but unfortunately for you, there's one too many!